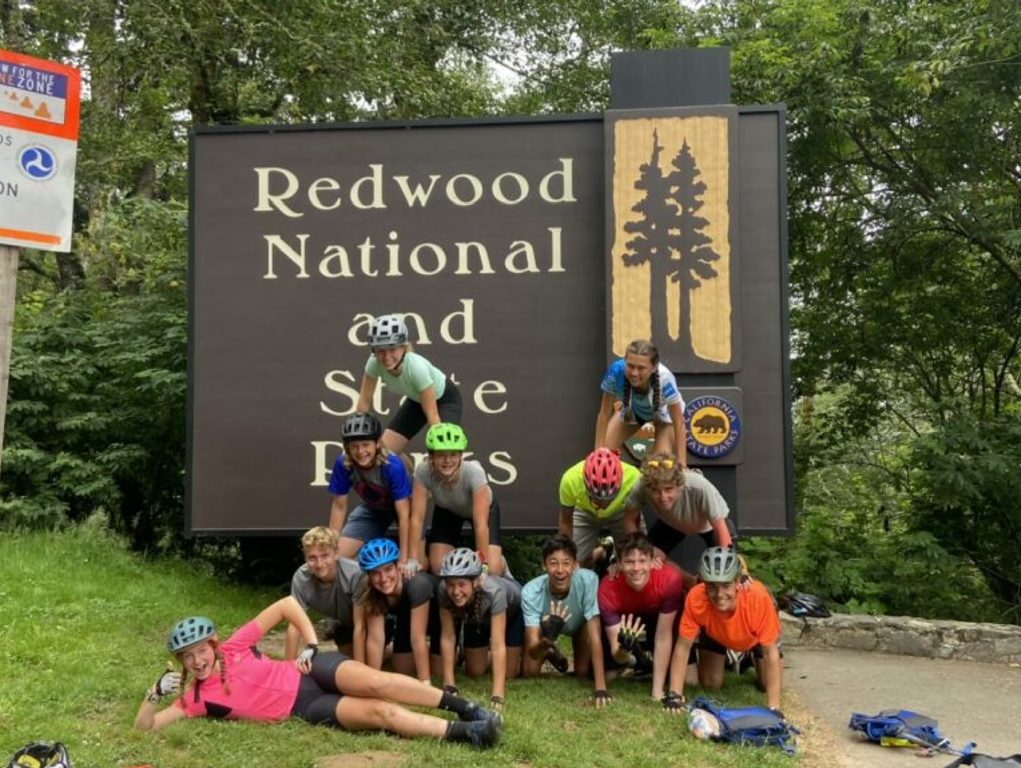 Reprinted from Serra High School website — we are all super proud of Jaime’s son Carter!

Serra High School junior Carter Jones spent 20 days of his summer riding a bike 657 miles from Eugene, Oregon to San Francisco with a group of teens who came together through APOGEE Adventures as part of a summer biking trek.

The adventure began on June 22, when Jones flew to Eugene, Oregon to begin the trek through some of the most spectacular bicycle routes along the Pacific Coast. Some days, Jones estimates that he would bike 60 miles with nearly 25 pounds of gear strapped to him. He said the experience truly pushed him to his limits and he learned a lot about himself along the journey.

“I learned that I have bigger limits than I thought,” said Jones. “There were times when I was biking that I wanted to give up, but everyone pushes eachother to try harder and work harder and it really motivated me.”

Jones said the group, which consisted of 10 members and two tour leaders, spent three weeks on bike, stopping to sleep at campsites along the way. Once at camp, the group was divided into crews to make the workload lighter.

“We had a cook crew, a clean crew, a bike crew and a journal crew. The groups would set up camp or cook or make sure the bikes were in riding condition,” Jones said. It was lights out at 9:30 p.m. and early to rise at 5:30 a.m. to clean up camp. The crew would hit the road by 8 a.m. and bike until about 4 p.m., stopping along the way to pick up food for lunch or dinner.

The trip included miles of beaches and bluffs, ocean vistas, farmlands and redwood forests on the way from Oregon to California. Jones said his favorite part of the trip was the final day exploring San Francisco.

“We came from all over so it was fun to get to know everyone and then to spend the last day just checking out the city was fun,” he said.

While Jones did not have a huge interest in biking prior to the trek, he said he now enjoys biking to his job at the Burlingame Country Club and plans on accomplishing another trip next summer.